It might seem a fairly obvious thing, but this is often something that men get wrong. Although it is definitely a good thing that some men are attracted to larger women, that doesn’t mean it, should come up in the first conversation. Avoid saying things like “I’ve always fancied BBW’s”, “I love big ladies” or similar things. The reason being is that by drawing attention to her weight, you are making her feel like you are only talking to her because of her body.

You should always keep in mind that BBWs are not mystical or magical creatures and there is no special way in which you should speak to them. There is no special technique involved – just treat them the same as any other girl, chat to them and get to know them.

Don’t Be Offended By Her Suspiciousness

Many bigger ladies have had bad experiences with men in the past when it comes to dating. They have dated men who would have sex with them, but make fun of big girls to their friends or guys who say all the right things but don’t want to be seen in public with them. This obviously has a detrimental effect on their self-esteem, so don’t take it personally when they are cautious and may seem untrusting. The best thing you can do is just reassure them that you are attracted to them as a person and just be patient.

As harsh as it sounds, there are many men out there who think they should get a reward because they are attracted to BBWs. Obviously this is untrue, though that is not to say no-one understands that it might be hard for you with your family and friends and their opinions. But, just remember that no matter hard it is for you, it is even harder for the big girl that you are dating. They are full of insecurities about those sorts of things too, so always keep that in mind.

Take Them Out In Public For Dates 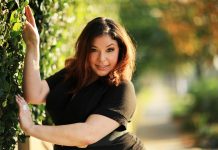